Nowhere is the fakery in medicine as blatant as in psychiatry.

The contributing factor to this phenomenon is the difficulty of proving or disproving the diagnosis.

As we know by now, even the word diagnosis is confusing because it signifies “two not knowing” what a hell is going on.

Let us start with the attention deficit hyperactive disorder or the ADHD.

If a child gets up and kicks a ball with an excitement and then runs after it, ups he may suffer from ADHD because the other kids are sitting down and playing with their electronic distractors.

I remember when I was young, this disease or a disorder did not exist. Like any other healthy kid, I was all over the place. My mother used to say: “where the Devil cannot go, he sends you!”.

A healthy child is supposed to be active. I think that here is the problem. Healthy is not what the leaders of our society are looking for.

A healthy kid will lead a healthy life, sharp mind, no medicines, no doctors. What a disaster. He/she can grow up healthy and realize the awkwardness of the world they are living in.

We cannot have this, let’s sedate him/her. Under what pretenses? ADHD of course. Who can disapprove this? After all, the diagnosis was done by an “expert” with a diploma in the field of deception, pardon me I wanted to say in psychiatry or psychology.

On the other hand, there are many children who are shy and quiet. We cannot allow them to be left in peace. After all, doctors and the pharmaceutical industry should be given a chance to make some extra profit on those children as well. The child is healthy only if it is reasonably active and docile.

What is reasonable and what is exaggerated only professional evaluation can distinguish and we have to obey the diagnosis.

In many instances, I had noticed how the behavior of a child changes with the change of its diet.

From an early age, children are given food loaded with dietary carbohydrates and sugar. Starting from the baby formula, pudding and vegetable pure to spaghetti, oatmeal and potato puree. Not to forget the amount of bread they are given to eat each day.

Sugar brings instant energy but as it reprograms the cells, they have difficulty to convert triglyceride into the energy once they are adjusted to glucose so a sharp drop of energy occurs one hour and a half after the child had its food or snack.

This contributes to child’s mood swings. They become hyperactive after they had sugar (carbohydrate) and then all of a sudden they slow down and become cranky.

I believe we should give them a depressant with the food and an excitotoxin hour and a half later, this will make them “normal”, what do you think?

The stupidity in medicine sees no boundaries.

I had a client who was suicidal when he contacted me. He was living in England at that time and because he was far from his family and changed the sunny skies of Venezuela for cloudy skies of London he felt depressed and asked doctors for help.

Of course, they loaded him with some SSRIs antidepressants and this is what happened.

He started to feel disoriented. Everything slowed down. Not just his movements and reactions but his metabolism as well. He started to gain weight, lost sexual appetite and erection. He was only 28 years old.

As the deterioration of his body progressed he developed more severe problems of his blood circulation with varicose veins on his legs but also on his scrotum and penis. He became a living zombie ready to kill himself.

It took three months of cleansing for him to overcome the suicidal tendencies and another year to regain sexual functionality once he adopted the Self Healers Protocol and my wife’s daily patience in communicating with him and calming him down whenever he was about to cross the line. And this was almost a daily experience in the beginning of his treatment.

One thing he had to do was to give up all of the drugs he was given by his health “experts”.

There are two natural neuron-depressants people use regularly. Those are garlic and alcohol.

They poison our nerves. This slows down our reaction time. It slows down the heart contractions, the blood circulation, and the metabolism. We do not realize the full impact those poisons do to our body. All that we know is that we get tipsy and lose our coordination. Our mind becomes foggy and we collapse.

The impact on our health from such poisons is devastating. Alcohol and garlic destroy the health of millions of people on this planet. What a blessing for the medical and the pharmaceutical industries.

For many people, this is not enough. They want something stronger with a bigger kick. They found this in drugs like the heroin, cocaine, and marijuana.

Since those drugs are illegal and expensive, many young people turn to legally obtained hallucinogens. Those legal drugs are manufactured by the pharmaceutical industry and legally distributed through our health providers. They are even advertised just in the case you are new in this. If you have a trouble to find heroin just ask your doctor to educate you on Oxycodone.

To suppress the neural activity of an already depressed person, the health “experts” prescribe neuron-suppressants like the citalopram (Celexa), or fluoxetine (Prozac), or paroxetine (Paxil)….

What do you think the results of suppressed activity will be?

Here are some of the results: anxiety, restlessness, sweating, shaking, fever, tachycardia, vomiting, diarrhea and you have guessed it, suicidal thoughts.

Doctors know all this and still, prescribe those drugs to their patients to help them. Help them with what exactly?

Often the pain is the excuse for the neuron-suppressing drugs to be prescribed. Another symptom that cannot be proved or disproved so it makes a perfect excuse as for the patient to ask for it so for the doctor to prescribe it.

Under what logic can a drug that slows you down help you when you are slow and depressed, to begin with? This absolutely makes no sense. As far as the pain goes, suppressing the pain does not eliminate the cause of it so as soon as the drugs suppressing effect wears off, the pain is back again. What a great business! How about addressing the cause of the pain and eliminate it once for all?

I guess this would be bad for the business so it is not done. 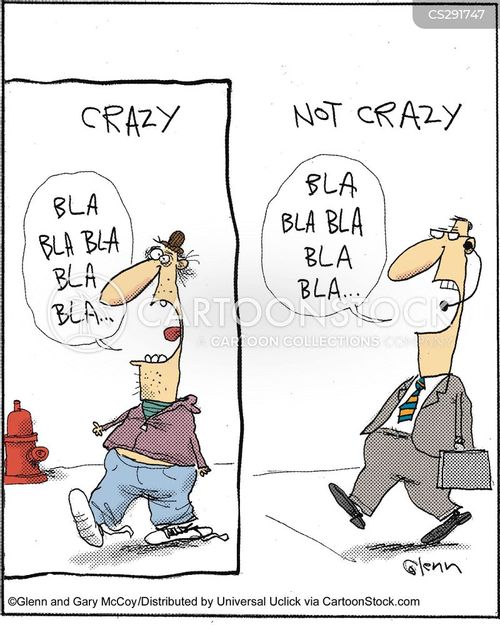 It all comes to light when you think about it. The laws of the government are not the laws against the drugs. They are only the laws determining who has the right to poison the public with them. Since doctors and the pharmaceutical industry share their profits with the government, they were given the right to distribute the drugs.

The small petty dealers are sometimes sacrificed so that the big cats can be left to do their thing. I haven’t seen “Poppy”, the daddy Bush or Bill Clinton being charged in any drug scheme and they are the biggest drugs smugglers in the world.

The whole war on drugs is nothing but a big joke where again the innocent public is raped as the law of zero tolerance is paraded around and peoples belongings are being confiscated in the name of justice.

There may be occasionally a need for a neuron-suppressive drug but we do not have to invent it. They are natural and if used properly, they will not cause any addiction.

Why would they cause no addiction?

Because the drugs should be used only in the case of an emergency. When the emergency is dealt with, the true healing should start. Unfortunately, doctors have no clue what the word healing means. It is not even part of their vocabulary. The best that they are trying to do is to cure or preserve the status quo. Even here, their record is extremely poor as the health of each of their patient deteriorates rapidly under their care.

In a great majority of cases, the hormonal misbalance is the leading cause of depression. The other cause may be trapped bad energies and the sensitivity to decipher subtle energies and not understanding of what is going on. Sometimes people hear voices that other people cannot hear. Those could be telepathic communications but our “modern science” disregards this as nonsense and fakery.

What causes the hormonal misbalance?

If you follow my work than you know the answer to this question.

The toxic blood and improper food will alter the environment of our body. This changes the genome. The changed genetic expression will alter the cellular function which results in changes in the cellular activity. This changes the way cells handle the nutrients, the way they hydrate, the levels of cholesterol and triglyceride in the blood and subsequently the type and the number of hormones that will be produced.

It always comes down to the same thing. If the environment is toxic, so will be the body on the cellular level, and this will manifest with a health issue.

By correcting the frequencies we are correcting the environment and allowing our cellular structure to align its genome. The final result is healing.

Through my blog, I am teaching you how every one of us can take the control of our health by correcting our environment through proper choice of the food we eat but we can strengthen the effect through the exposure to the sunlight, smell, and the soothing sound of nature or music.

As far as some electromagnetic frequency generator goes which we can use for the therapeutic purpose, there are many different versions on the market but keep in mind that the biggest and strongest frequency generator is your brain. All you have to do is to learn how to use it properly.

I believe that as the followers of my work your mind has expanded enough that you will be able to understand or at least to consider as a possibility that our brain can manifest our reality and soon I will write an article strictly on this issue.

In the meantime, lay off of the prescription drugs. There is no need for the mind-altering drugs. The neuron-suppressants are slowing your metabolism, reprogramming your genetic expression and causing overall health deterioration.

They are not the health solution, in fact, they do the contrary.

Unfortunately, the pharmaceutical industry makes them addictive and once hooked it is not that easy to get off of them. Replacing one drug with another is not the solution.

If you want to get rid of the drugs and need a help, give me a shout.