If you really want to know the reason for this, do the same thing as if you would be investigating a corruption in politics or business.

Who benefits from the human suffering and death?

Unfortunately, they also have all the money and they use it to corrupt the little people. For the sake of money, people are prepared to do unimaginable crimes and atrocities.

The question is, why are human suffering and death so important to the 1 % that rule over us?

First, there is the factor of fear which makes it easy to manipulate people, but more important than that is the true value of life itself. By this value, I do not consider the importance of living but exactly the opposite. The importance of dying.

For a long time, the Rothschild bankers were collecting money based on how many people had died from the investments they have made. 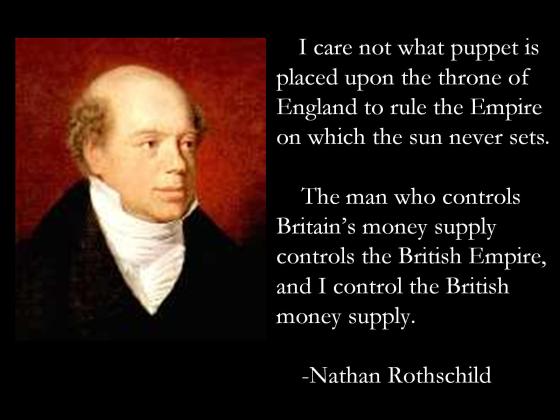 We are being duped into thinking that the money is a fiat currency which is easily manipulated and that the real value is in the gold and other precious metals.

Well: did you ever think about it?

What happens with the gold?

The gold is mined from the ground, melted into bricks, and deposited into underground volts.

So we have taken gold from one hole and stuck it into another hole and we have proclaimed ourselves to be rich.

How come that all of the sudden, the gold in the Volt has more power than the gold that is in the ground?

It does not. It is all just a game. The only real value is a human life. This is the reason why wars are instigated. More death equals more wealth for the 1 %.

Once you understand this, it becomes easy to understand why is the medical industry so ineffective in dealing with diseases.

The doctors are the cause of death to more people than all of the world wars put together. Hundreds of thousands of people are dying daily as a direct result of medical care.

I was very surprised when I was ordered to raise my right arm and repeat a pledge to medical industry before medical diploma was given to me during the graduation ceremony. I had to repeat after my professor that I will follow only medically approved procedures and that I will fully comply with the medical teachings that I have received. Immediately the whole experience of becoming a healer became fishy to me. Previously I thought that the ultimate goal of medical care is to heal and save the life. This showed to me the contrary. The procedures and the medical correctness is what counts no matter what the result shows.

It was like I have received a cold shower. It just did not feel right and it didn’t take me long to realize the motifs behind it.

The whole pharmaceutical and the medical industries are based on the human suffering and death. Those are the fundamental drives that fuel up this disgusting system. Both industries are controlled by the same people, the 1 %.

Since nutrition has a profound influence on our state of health, the 1 % has taken a total control over the food industry as well. They poison the soil, they genetically modify the plants and they spread misinformation about the characteristics and the true nutritional values of the food we eat.

Basically, everything we are told has passed their filters and has been adjusted to serve their cause. I often mention these things in my articles but since there is a disclosure happening, people think that everything that is being revealed is true.

This is another misunderstanding worth mentioning.

In this video you would think, poor good scientists. They have discovered a cancer cure and they have been attacked and the cure is gone.

In fact, if the scientists would really think of benefiting the humanity they would not rename enzyme glycoside hydrolase into nagalase. The only reason this is done is to confuse those doctors who may be thinking. Those doctors would quickly figure out that nagalase is created because cells have to process glucose and more glucose there is, more nagalase will be present. This is not a sign of disease, it is natural fact.

The relation between the nagalase and GcMAF protein shows, where more nagalase is present, less GcMAF protein is being manufactured. This is why the cancer cells are loaded with nagalase and depleted of GcMAF protein. Stop providing glucose and the values will change. There is no need to create a new industry to produce GcMAF and doctors to implement it and patients to have to pay for something that comes naturally.

Here is one of my older articles on this topic:

Unfortunately, the people that are supposed to represent us and whom we trust are paid by the 1 % and serve their interests and not the interests of the 99 %. This is how politicians can on small salaries easily afford million dollars homes, boats, private jets and other goodies not approachable to the people they supposedly serve.

Because of this, toxic remedies are sold as healing medicines and fetuses are butchered and sold to the highest bidders and our political representatives are justifying these crimes under the pretenses of health care as it is shown in this video:

This is why no one is surprised when doctors with a conscience are attacked and their licenses revoked as they refused to obey the guidelines of the medical and the pharmaceutical industries of the 1% that rule over us.

Fortunately more and more health professionals are taking the risk and fighting the immorality of our masters as shown in this video:

Sorry they took out this video.

The censorship on its best.

And please do not tell me that because this is from Fox News it is irrelevant. There are few journalists out there who use logic and Tucker Carlson is one of them.

Since we are in the time of separation, more and more sources we have become accustomed to trusting are being busted and their hidden agendas exposed. This is why we should not cling to our beliefs. Instead, use your mind and apply logic.

This article may sound more politically oriented but it is evident that medicine is controlled by the politic and the politicians are being abundantly rewarded for pushing the untruthful narratives that will benefit the 1 % and the 99 % will suffer because of it.

Keep your eyes open and your heads clear. Do your own thinking and question everything.

Love and light to us all. The fight is almost won.